Learn in-demand skills through a market-driven curriculum. *Employment of web developers and digital designers is projected to grow 13 percent from 2020 to 2030, faster than the average for all occupations. – U.S. Bureau of Labor Statistics

Web developer jobs are some of the fastest-growing jobs in any industry. By learning to code, you’ll be preparing yourself for work in this emerging industry.

According to the US Department of Labor, the demand for Web Developers is projected to grow 15% over the next eight years.

Why Become a Web Developer?

Learn to code not only because Web Developer jobs are in high demand, but in many cases, you can make your own schedule, work remotely, earn more, and help people solve problems. Our hands-on method of instruction prepares students for Jr Web Developer positions. Our program will teach you how to build your own small business website. 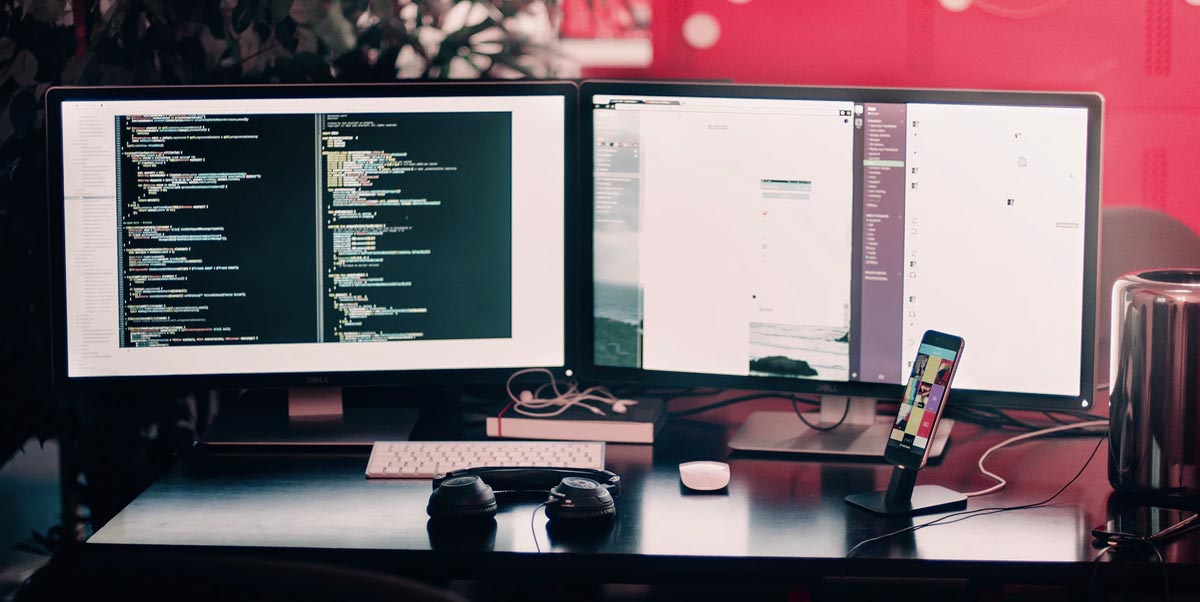 Photo by Farzad Nazifi on Unsplash

What is the Web Development Program?

As part of The After School Tech Club’s mission, the Web Development program’s mission is to teach students the foundational coding languages and technologies to prepare them for entry-level work as Jr Web Developers. Specific emphasis is on HTML, CSS, Javascript, jQuery, MySQL, and PHP. Classes are taught in a hands-on, learn-by-doing method of instruction. Students will have the opportunity to demonstrate mastery and competence by building a web application for their small business project at the end of the course.

According to Salary.com, though compensation is based on experience like every other industry, the median web developer in Florida earns $45,901 a year. That is around $22.50 an hour, significantly higher than the Florida statewide average hourly pay of $17 per hour. Getting into web development is one way to make an above-average salary without necessarily earning an advanced degree.

Websites are an essential factor in a small business’s online presence. Websites act as the central spot for information about a company, such as location, contact info, and product/service listings—along with any branding information which helps determine a company’s style and personality.

Websites are also customizable, which makes them a better choice for small business branding. While creating a company Facebook and Instagram page is important these pages only include a businesses’ logos. Only websites can be tailored to match the brand colors and design scheme that you desire.

What Does a Web Developer Do?

Web development and web design share many commonalities, but they differ in some key areas. Web design deals with the front-end of a website, concerning itself with appearance and user experience. Web development, on the other hand, deals with building technical front-end and/or back-end code that informs site function. Web developers may work exclusively on front-end code, back-end code, or both, and many modern jobs also require overlap into web design. These professionals may work independently on a freelance basis or with marketing or IT departments.

What makes Web Development exciting is that you will never feel bored in your career. You will be working in a variety of industries such as advertising, consulting, and publishing, web developers usually design websites, computer systems, and related platforms. Web developers do not always require a formal degree, but they must be competent in computer programming, graphic design, and other related skill areas.

Why Is Web Development a Good Career?

It is not news that America currently faces a shortage of skilled tech talent and few positions are in hotter demand than Web Developers. There is also no sign demand will wane. The expansion of e-commerce and an ever-increasing reliance on mobile search will only create a further need for talented Developers.

According to Stack Overflow, 83 percent of professional Web Developers in the United States are employed full-time, with another 10 percent working on a freelance basis or part-time. The same survey found that 73 percent of respondents reported positive job satisfaction, and the U.S. News and World Report ranked Software and Web Developers as one of the eight best overall tech jobs in its 2018 report. A healthy salary doesn’t hurt on that front. Web Developers make anywhere between $78,000 (Indeed) and $88,000 (Glassdoor) a year, with an easy pathway to more senior positions.

Being a Web Developer is not without its challenges, however, as the field involves continuous learning, problem-solving, and critical thinking. Technology changes quickly, which means Developers have to stay on top of the new languages, tools, and trends.

According to the BrainStation Digital Skills Survey, the top three resources Developers use to learn new techniques or ideas were online forums, digital skills training options, and blogs. When it comes to learning opportunities and training, Developers cite online courses as the most frequent format for improving their skills. (Source: Brain Station)

Fastech is committed to the excellence of the trainings we provide.

You will be ready to enter one of the fastest-growing job markets.

PEOPLE BEHIND THE PROGRAM

President, Founder, and Editor of VLM Press. Entrepreneur, a Business Consultant, graduated in Administration and Foreign Trade, Theologian with a Master’s Degree in the United States, Experienced in International Business Management, Web Developer, Entrepreneurship and Marketing Strategist. Author of the books: Self-Discovery; Stay Free and the upcoming new book Bigger than Yourself.

Publications Director, affiliated with ABI-Inter in 2018, holds a Master’s Degree in Psychology. She has a degree in History, Education, Psychoanalysis, and Theology. Specialist in didactics, personal and business marketing, contextual review, content review, and editorial consistency. Author of the best seller Seasoned with Salt.

In the beginning, there was one man and a huge dream. Vital A/C Solutions is a family-owned and operated business that stands by its values, including honesty and integrity. The next step was to understand Vital’s focus, becoming a comfort provider—Where your Comfort is Vital to Us.